Trump Liberates Kansas from the Governor who Wrecked its Economy

Kansas won’t have Sam Brownback to kick around anymore.

The second-term Republican governor who wrecked his state’s economy and ruined the education system to give rich Kansans a tax break will quit his job to accept a new posting as Ambassador-At-Large for International Religious Freedom.

Brownback’s nomination marks the second time President Donald Trump has tried to help the onetime presidential hopeful move on from the economic and political crisis he fueled on the High Plains. The first — a cushier gig in Rome working on food policy — fell through a couple months before Brownback’s political situation went from “bad” to “humiliating.”

The recent nomination, announced by the White House on Wednesday, is a political bailout for Brownback. The governor now leapfrogs a shortlist of experts Trump’s team had already prepared in order to run away from his failures that have harmed the quality of human life in his home state.

Brownback’s governorship was defined by what he called a “real, live experiment” in extreme right-wing fiscal policy, a version of Reaganesque trickle-down ideology with the volume knob turned to 11. The state all but eliminated taxes for the wealthy, not just slashing rates but allowing anyone who could afford some creative accounting to pretend to be a small business and start paying zero percent state income tax.

The federal government will abandon two signature efforts to hold for-profit colleges accountable to the taxpayers who fund them or the Americans who take out loans to attend their classes, Education Secretary Betsy DeVos announced.

One of the now-ended federal policies is known as the “gainful employment rule.” It was hammered out over years of research and compromise, and was finalized in 2014. The policy restricted companies’ access to taxpayer-funded student loan dollars if too few of their graduates ultimately find jobs that pay well enough to allow them to repay their loans. While some critics worried the final rule was too lax, the outgoing Obama team announced that some 800 programs nationwide were failing to meet its standards as of early January.

Last winter, you helped six million American households — all of them poor and most of them home to a senior citizen, young child, or disabled adult — keep the heat on through the winter.

You didn’t do it on purpose. The government did it for you, through a program American lawmakers created in 1980 in hopes that no one in the world’s richest country would have to choose between buying groceries and avoiding hypothermia.

Since the dawn of the Reagan era, the Low-Income Home Energy Assistance Program (LIHEAP) has subsidized the utility bills of tens of millions of Americans through hoary northern winters and blistering southern summers.

That nearly four-decade legacy would end forever under President Donald Trump’s first budget proposal. The plan’s broader fiscal irresponsibility is clear — it hands wealthy people hundreds of millions of dollars in tax breaks while paring back or outright canceling scores of public services and investments in the nation’s future — but its true cruelty is easier to spot down in the details.

Days after administration promised not to touch food stamps, Trump budget reportedly will cut them

“As far as I’m concerned we have no proposed changes” to the food stamps program, Secretary of Agriculture Sonny Perdue told congressmen last Wednesday. “You don’t try to fix things that aren’t broken.”

Perdue’s comments, delivering during a Wednesday House Agriculture Committee hearing, seemed to signal that President Donald Trump would not seek to shrink America’s efforts to help low-income families feed themselves.

Yet just five days later, a leaked budget document seems to show the White House is going back on Perdue’s commitment — contemplating some combination of policy changes and outright budget cuts for the Supplemental Nutrition Assistance Program (SNAP, also known as food stamps) and other key food supports for the poor.

The leaked spreadsheet lists proposed budget requests for thousands of different government line items, without any of the accompanying policy information that would explain the changes underlying shifts in spending. Without those details, observers can only speculate about what is driving Trump’s proposed changes to federal spending. But the document shows clear and substantial cuts from 2017 budget levels.

North Carolina Bill Would Kick 133,000 People off of Food Stamps 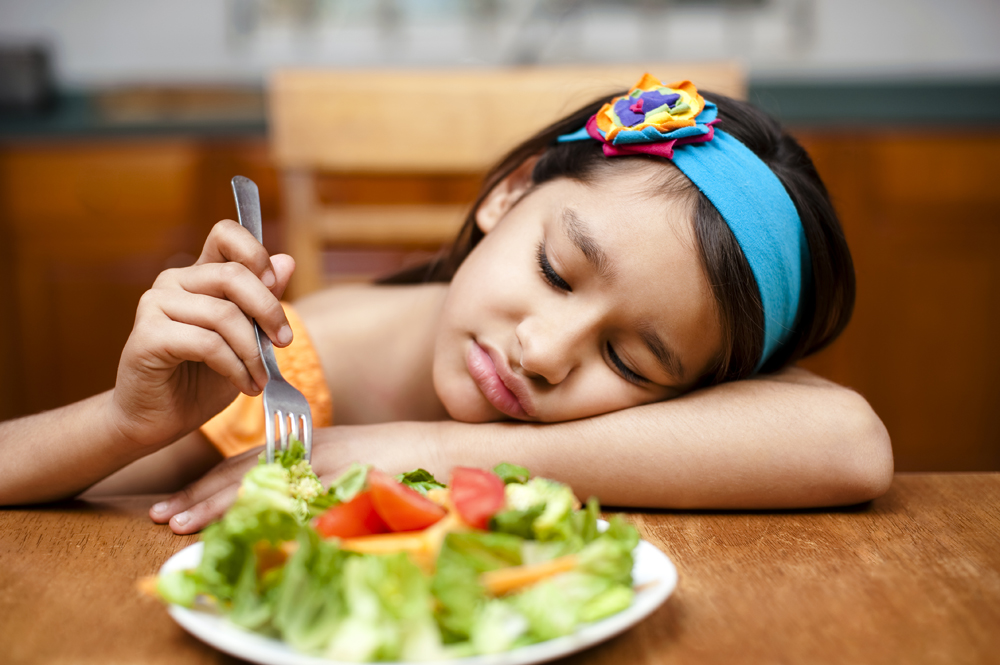 For most people, the food stamps program is about fighting hunger.

For North Carolina state Sen. Ralph Hise (R), however, it seems to be about fighting the concept of unfairness — even if it means booting 133,000 human beings off of the food assistance rolls.

Hise defended the Republican senate leadership’s decision to rescind a 2010 expansion of Supplemental Nutrition Assistance Program (SNAP, or food stamps) eligibility by arguing that the current system, under which more people are less hungry, isn’t fair.

The 2010 rules make anyone who qualifies for another North Carolina poverty assistance program eligible for food stamps as well, for households with incomes up to 200 percent of the federal poverty level. It’s a common policy known as broad-based or categorical eligibility, which streamlines the administrative process for poverty programs whose benefits come from federal dollars, not state budgets.

When police first found a hunting guide and his client bleeding from gunshot wounds on a south Texas ranch in early January, everyone on the scene had their stories straight.

The hunters told police they suspected the shooters were undocumented immigrants they had seen on the ranch earlier in their trip. Their story soon jumped into online right-wing circles, thanks in part to Texas Commissioner of Agriculture and Donald Trump ally Sid Miller.

But it was a lie, according to police and, now, a grand jury. Investigators determined that guides Walker Daughetry and Michael Bryant in fact shot at one another by accident, striking Daughetry and hunter Edwin Roberts in the process. Daughetry and Bryant were indicted for third-degree felonies last Wednesday.

Miller, who previously courted online infamy with a vulgar tweet about Hillary Clinton during last year’s election campaign, deleted his initial Facebook post about the incident after news broke that police were suspicious of the hunters’ story. But his leap to promote the hunters’ story in the immediate wake of the shootings was more labor-intensive than simply sharing a news report.

Who is Alex Acosta?

resident Trump has nominated longtime Republican attorney Alex Acosta to head the Department of Labor, after his initial choice Andy Puzder withdrew in the face of withering criticism late Wednesday.

It remains to be seen if Democrats will find Acosta as objectionable as Puzder, a fast food CEO who embodied almost every policy idea and character trait the party has fought against in recent years. But if Acosta’s nomination does become a flashpoint, it would not be the first time his candidacy for a job drew critics out of the woodwork.

The black marks on Acosta’s resume have cost him at least one job he coveted, and cast a significant shadow over his current role as head of Florida International University’s law school.

Acosta, 48, was already “a young superstar of conservative legal circles” back in 2006 when George W. Bush made him the top federal prosecutor in Miami. Supreme Court Justice Samuel Alito even showed up for Acosta’s swearing-in as U.S. Attorney for the Southern District of Florida, in recognition of a friendship dating back to Acosta’s time as a clerk for the conservative judge in the 1990s.

Before taking the top prosecutor job in south Florida, Acosta served the second Bush administration in other capacities. Acosta was a member of the National Labor Relations Board from December 2002 to August 2003 — and was confirmed to the post rather than recess-appointed like most of President Bush’s NLRB picks.

The board issued 251 decisions in Acosta’s 8-month run, including 27 published on his final day in the post. Acosta authored 125 of those opinions himself, according to a bio on the website of Florida International University’s law school, where he is currently dean.

But Acosta’s other work for the Bush team may, oddly, prove more significant during his confirmation hearings than his NLRB stint. “Our voices have been heard. That man will not be Secretary of Labor,” Sen. Elizabeth Warren (D-MA) said, to cheers from workers assembled outside a Senate office building.

The workers rallying Thursday are part of a movement that goes back nearly four years. The federal government contracts out for service work at most of its facilities, shipping billions in taxpayer money to companies that squeeze their labor costs to increase profits from the contracts. The results are especially ugly in Congress, where millionaire elected officials are served by cafeteria staff who earn so little that they cannot keep their families together, let alone achieve basic financial security.

Puzder’s nomination was a symbolic thumb in the eye to federal contract workers. As the CEO of fast food conglomerate CKE Restaurants Holdings, Puzder oversaw the same kind of exploitative business model at Carl’s Jr., Hardee’s, and other chains.

They’ve fought through sabotage every step of the way from Wall Street-backed politicians determined to undermine their independence.

And for over five years, the Consumer Financial Protection Bureau (CFPB) has danced between the raindrops, uncovering proof of nickel-and-dime scams, writing new rules to derail them, and winning about $12 billion for wronged soldiers, taxpayers, and students.

But now the agency that protects Americans from financial predators big and small is facing the same unpredictably bleak future as its older, slower colleagues in the federal public service sector. President Donald Trump is the biggest threat to the CFPB’s hard-won autonomy to date.

The agency currently has at least 16 open litigation cases covering a wide range of specific allegations, from overdraft abuses by banks to robocalling debt collectors to dishonest online lenders. In the three days leading up to the new president’s inauguration, CFPB unveiled a major lawsuit against student loan servicing giant Navient and a smaller, sexier one against a banker who named his personal yacht “Overdraft.” 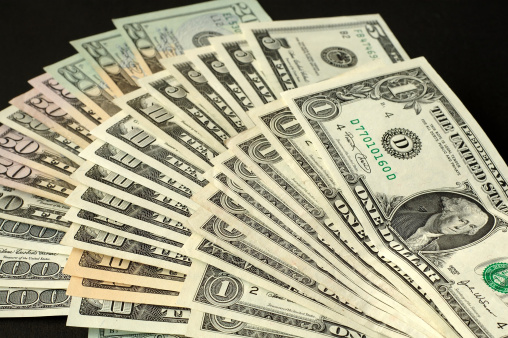 Chief executives at the 350 largest American corporations made $15.5 million each on average last year, roughly 276 times what the typical U.S. worker earned.

CEO pay was slightly down from the year before in both raw-dollar terms and in comparison to worker earnings, according to the Economic Policy Institute’s updated figures. Stock markets struggled in 2015, causing the figures to dip from a $16.3 million average compensation and a CEO-to-worker pay ratio north of 300-to-1.

But CEO pay is still up 46.5 percent from its 2009 levels despite the decline in executive earnings that mostly come in the form of stock options, EPI notes.

Market fluctuations break both ways for heavily invested wealthy Americans. The financialization of the broader economy works wonders for people with a large portfolio. The richest sliver of the nation captured literally all of the total real income gains from 2009 to 2012. Working families have to endure the long-term effects of recessions large and small in ways that simply don’t cut into the financial security of people whose wealth comes from Wall Street rather than from sweat.